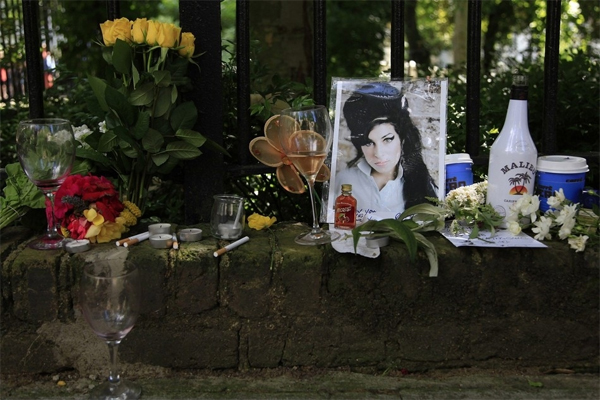 Are there any board games that we could go ahead and get and start learning to play? I want to play board games with him because it's my favorite thing to do.

Justin Timberlake turns 30 today. Look back on some of his most memorable moments

Hey, cowboy! Memphis, Tenn., native Justin Timberlake – who turns 30 on Jan. 31 – is only 11 when he auditions for Star Search in 1992, performing Alan Jackson's "Love's Got a Hold On Me" under the name Justin Randall. Timberlake passes the audition, but loses the competition.

101 Dalmations: Sienna Guillory as Anita and John Krasinski as Roger

( Collapse )
Source: Me and Google Images
This is an original post and I worked really hard on it. I know not everyone will agree with the choices but I think it’d be fun for us all to discuss more casting options. Who doesn’t love a Disney post?

After 4 weeks, 4 posts and I imagine 4 printer ink cartridges used up from printing out all the votes, your votes have been counted and verfied and I can now reveal that ONTD's  99 100 (/95) most desirable men (of the Summer of 2010) in reverse order are...

Guess who this Angelina Jolie lipped beauty grew up to be?

Discovery Channel’s “Shark Week” returns today for its 23rd year with new shows sure to keep you out of the water.

Among the many specials, “Ultimate Air Jaws” (tonight at 9) follows the phenomenon explored 10 years ago in “Air Jaws.” A one-ton great white can propel itself into the air at speeds close to 25 mph when attacking a seal from below in open water.

This show digs deeper to explore the behavior. As amazing as it is to witness the breach - as the jumps are called - equally amazing is that seals sometimes escape.

Producers Jeff Kurr and Chris Fallows use super-slow-motion cameras to explore their theory that the force created by the shark moving through the water at that speed causes a pressure change that seals can detect, giving them a split-second to react.

The resulting footage yields a shot of a great white in mid-air so detailed that it demonstrates the sensitivity of the animal’s jaw.

Fallows also gets into a custom-built protective raft for some close encounters with a great white.

“Shark Bite Beach” (Tuesday at 9 p.m.) explores a series of fatal attacks in California and Mexico in 2008. “Shark Attack Survival Guide” (tomorrow at 9 p.m.) dives with real sharks to re-create attacks and give viewers tips on staying alive.

The creatures that make these specials possible have declined by 97 percent or more in recent years, many killed only for their fins, according to experts here. Discovery has donated funds to Oceana, the world’s largest international conservation organization, for shark conservation efforts.

(tip, in case anyone doesn't know: a voluntary additional payment made for services rendered)

You know you're getting older when you think pop music isn't as good as it used to be.Like making an involuntary noise when you sit down or thinking policemen are getting younger, it's an inevitable consequence of the aging process.That said, Ben Chalk isn't convinced it's just a matter of nostalgic opinion
( Collapse )

This is a preview from A&E's Private Sessions that premieres this Sunday.


They talk about being pitted against each other, and who they were told was responsible for the bad blood. Pretty good watch. Turning off my notifications in case this turns into a nostalgia/stan war.

I loved both groups, but my heart lies with Nsync.

Open to: All, detailed results viewable to: All. Participants: 2184

Which group was your favorite?

A couple of weeks ago, I posted the sample of Joey's new single "Radio". Now it's available for download on iTunes. Here's a follow up.

Former *NSYNC member and 'Dancing With the Stars' season 3 runner-up Joey Fatone is back, but this time he's going solo. His first single 'Radio' (available on iTunes) is "a tongue-in-cheek, fun summer song," Fatone tells PopEater. "Some people try to change themselves when they go solo, but I did not want to 180 from my pop-rock roots and become a rapper or anything. 'Radio' is just me being myself and having fun."

Open to: All, detailed results viewable to: All. Participants: 749

Open to: All, detailed results viewable to: All. Participants: 695

(CNN) -- A razor blade sitting in a blood-splattered bathroom sink. A bacteria-infested toilet seat that wouldn't be welcome in a gas station. Open lesions and gray, jagged teeth peeking out from behind chapped lips. These are images that have become hard to ignore in some parts of the United States.

But that's exactly what the creative team behind The Meth Project's public service announcements intended.

Their graphic, hard-hitting campaign is meant to educate people about the dangers of using methamphetamine, an addictive drug that can severely alter a person's brain activity.

The fuzzy bear who politely asked us not to start forest fires has been replaced by the bruised and battered teenager prostituting herself for a hit of meth.

Best lotion for super dry skin? My 16 month old has always had a few dry patches here and there that burt bee's lotion takes care of after a day or two. his skin is so very dry because it's been bitterly cold (for our part of the country) and he's scratching himself until he bleeds. :(

He needs a good lotion dip.

Edit: I wanted to say thank you P101 for the very helpful ideas. I plan to go out and get a few new bottles of lotion (if he won't use them i sure will). Thanks again for being so helpful!!! :)

NBC to Conan O'Brien -- The Choice Is Yours

NBC has given Conan O'Brien the option to either do his show from midnight to 1 or leave the network, sources tell TMZ.

As TMZ first reported, after the Olympics, Jay Leno will get his 11:30 PM time period back. We're told network execs have told Conan they will let him decide if he wants the midnight to 1:00 AM time slot. If he does, Leno's show will only be a half hour. If Conan walks, Leno will get a full hour, informed sources tell TMZ.

Our sources say Conan has not decided what he wants. We do know he's pissed, because he was given no advanced warning this was coming. Conan's people told NBC they are considering the offer. Translation: Mr. O'Brien -- I have Rupert Murdoch on line one, Stephen McPherson on line two, John Landgraf on line three, Jeff Wachtel on line four ...

We're told if Conan gets another offer, even though NBC could block the move, they will let him go and give Leno the full hour.

Brittany Murphy died early this morning after she went into full cardiac arrest and could not be revived, multiple sources tell TMZ.

A 911 call was made at 8:00 AM from a home in Los Angeles that is listed as belonging to her husband, Simon Monjack, the Los Angeles City Fire Department tells TMZ.

We're told Murphy was taken to Cedars-Sinai Medical Center where she was pronounced dead on arrival. Her time of death was listed as 10:04 AM.

Murphy starred in such films as "Clueless," "8 Mile," and "Don't Say a Word." Murphy was reportedly fired from last film, "The Caller," after reports she was problematic on set.

TMZ update
UPDATE 3:11 PM ET -- Sources tell TMZ Brittany Murphy's mom discovered her unconscious in the shower. We're told when paramedics arrived, they quickly determined Murphy was in full cardiac arrest and immediately administered CPR. They continued CPR in route to Cedars-Sinai Medical Center -- several miles away -- and Murphy was unresponsive. She was pronounced dead at the hospital.
We're told the LA County Coroner's is picking up Murphy's body from Cedars later today and will launch an investigation.

Chicago Tribune confirmed it with the coroner's office

UPDATE 4:07 PM ET -- A rep for Murphy tells TMZ, "In this time of sadness, the family thanks you for your love and support. It is their wish that you respect their privacy."

This weekend, my roommates and I are throwing a "Home Alone" themed Christmas party. We have a "Home Alone" drinking game (ex. "Take a drink every time Catherine O'Hara makes it seem like it's someone elses problem that she left her kid at home alone." or "Take a drink every time Ol' Man Marley is creepin'." etc.) and are making little gift bags with army men, tic tacs, toothbrushes and Micro Machines (if I can find these in a large pack somewhere cheap.) And obvs, Pepsi products as mixers for drinks.

For food, we'll be serving plain cheese pizza (easy) and we were thinking a couple different kinds of mac and cheese. Does anyone have a favorite mac and cheese recipie? Or ideas for different mix ins?

Also, anyone have any ideas for different food in general? So far, since we're trying to stick to the theme and foods that Kevin eats in the movie, everything is very... cheesy. Easy is always better, since one of the reasons we're doing this theme (aside from pure love of the movie) is that it would be pretty simple food-wise.

Also, any other "Home Alone" theme suggestions would be great!

edit We are also doing make your own sundae (I thought I included that in the post, but I think I accidently deleted it.)

What movie did you see as a child that you would like your own child(ren) to see?

What movie did you see as a child that you would recommend your children pass up? (Because I know we don't ban in the Booj.)